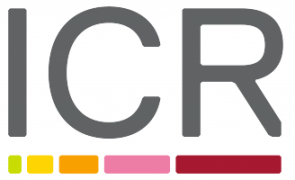 The Institute of Cancer Research (ICR) is based in London and is ranked as the UK’s foremost academic research centre, leading the world at isolating cancer-related genes and discovering new targeted cancer drugs. The ICR has a unique partnership with The Royal Marsden (a specialist cancer hospital) and, together, the two organisations are rated in the top four cancer centres globally.

Its mission is to make the discoveries that defeat cancer, and its scientists and clinicians are working every day to make a real impact on cancer patients’ lives.

The ICR started working with BSCM Operational Risk over ten years ago, when BSCM modelled all the dependencies of the Corporate Services division.  After successful deployment within Corporate Services, BSCM began a similar process with 3 of the key scientific research divisions, as well as the Institute’s IT and Engineering departments.

This has helped to provide a deep understanding of the critical dependencies supporting the Institute’s scientific research.

The ICR dependency models are designed to manage research continuity, in the same way that a commercial organisation would manage business continuity. Once BSCM developed the Riskenomics software, the ICR models were migrated onto the platform.

We started by running workshops with the three scientific research teams to identify every function and output in that area. These were then modelled and contingency requirements identified as necessary. The models also identified where contingencies were reliant on the estates and IT services of the ICR as a whole, so that all the models linked up at the relevant points.

The workshops drilled down to the smallest details, as it is sometimes the smallest, most everyday things that can have unexpectedly big impacts. For example, if the glassware sterilising machine were out of action, where else could glassware be sourced, as this was a mundane but essential component of the laboratories?

We always approach continuity planning from the perspective of “what will you do if it fails”, rather than planning for an infinite range of possible causes of failure.

We find our approach more productive, and we worked through scenarios and options for the ICR, which have subsequently proved to be very robust, due to both the models and the ICR’s detailed emergency response plans.

We developed bespoke critical engineering and IT models for all the buildings on each of the ICR’s two sites, one in Chelsea, the other in Sutton. Engineering and IT also use Riskenomics to identify single points of failure, as well as for scenario planning.

The corporate services were also modelled and are being run as template models in Riskenomics for the key critical aspects, using it to manage the updates of the RCP plans.

What the ICR thinks of BSCM

Alan Cumber, Deputy Business Continuity Director, has worked with BSCM for the duration and has always been pleased with what the ICR’s long relationship with BSCM and Riskenomics has achieved. He comments:

“BSCM and Riskenomics have greatly helped us improve the way we manage our research continuity plans and major incidents. The team, especially Glen O’Leary, are great to work with and add huge value, primarily because they have taken the time and trouble to understand our organisation so well.