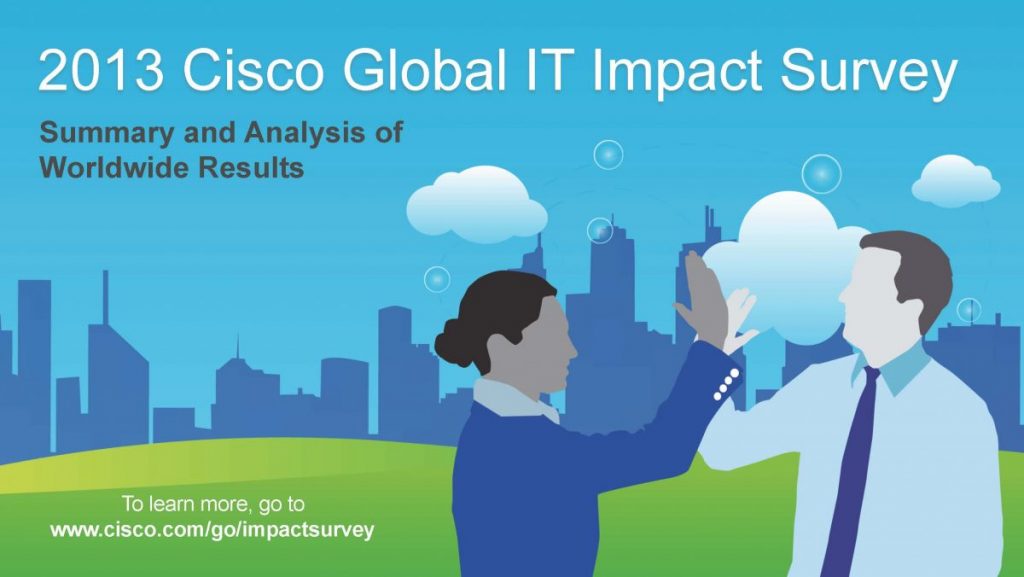 Its key findings include:

However, while there does seem to be more alignment between IT leaders and their senior line of business counterparts, 76% of participants still say applications are being rolled out without IT engagement, and 27% say the visibility of their IT department is poor – a bit like a foggy day in London. At least they said “fog” not “smog”!

When new applications are rolled out, the main reasons for delay are budget, data centre infrastructure readiness, cloud readiness and network limitations such as bandwidth.

SDN and IoT are expected to challenge the network: 71% expect to deploy SDN solutions over the coming year to achieve cost savings and fast scalability of infrastructure, and half think IoT will open up new business opportunities.

You can view the full report on the Cisco website.